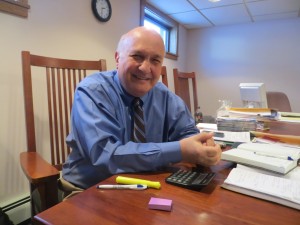 In addition to attorney Vauter, and Goetz, the firm maintains an “of counsel” relationships with attorney Paul Sturgul, a well-known elder law attorney licensed in Wisconsin and Michigan. Mr. Sturgul is certified as an Elder Law Attorney by the National Elder Law Foundation (NELF), and served as NELF’s President from 2001 until 2006. Mr. Sturgul is a

Fellow of the National Academy of Elder Law Attorneys (NAELA), has served on NAELA’s Board of Directors, and is a Charter Member of the Council of Advanced Elder Law Practitioners.

He is an Advisor and past Chairman of the Elder Law Section of the Wisconsin State Bar and the past Chairman of the Elder Law and Disability Rights Section of the Michigan State Bar. He appears frequently as a speaker or lecturer and also appears on a Public Television program in the Upper Peninsula on a regular basis. In his spare time he can be found biking, overseeing one of the best gardens in the region, or studying history and public policy.