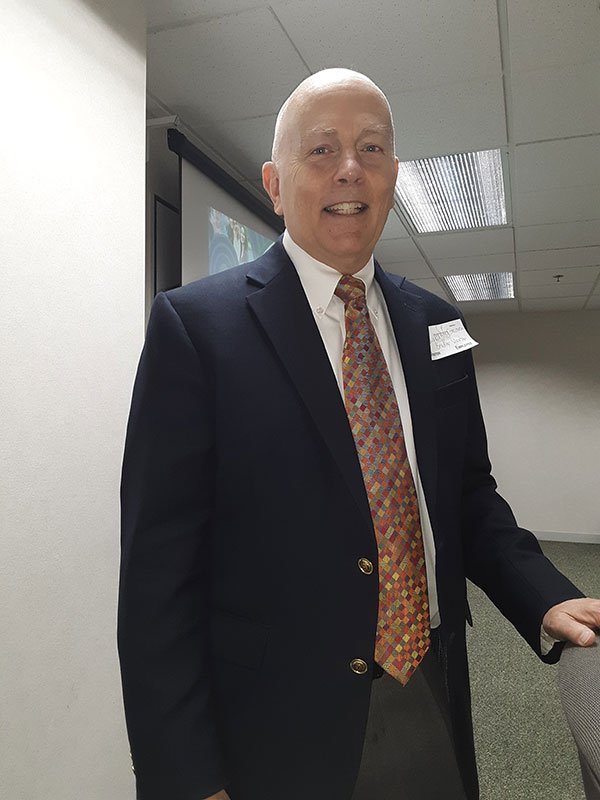 Upon graduating in 1983 from the Detroit College of Law–now the Michigan State University College of Law–he entered into private practice. He was a principal with the firm of Post Range and Vauter, P.C., before moving to Mercer Island, WA, for a sabbatical in 1990/1991.

At Post Range and Vauter, P.C., Brad focused on small business and non profit corporate law, guardianship and probate law, pioneering HIV/AIDS work, and work with the LGBT community. He was legal counsel to Adult Well-Being Services and handled all that probate work in a model guardianship project, and served as corporate counsel for the Detroit Area Agency on Aging. Vauter also taught estates and trusts for 4 years to paralegal students.

Upon returning from Seattle, Brad worked with non-profits. This part of his career included stints at Michigan Protection and Advocacy, the AIDS Legal Council of Chicago (as Executive Director 92/94), the William F. Ryan Community Health Center in Manhattan, Legal Services of Northern Michigan, the State Bar of Michigan, and Elder Law of Michigan.

Vauter is past chair of the Elder Law and Disability Rights Section of the State Bar of Michigan (2012-2013). He has written articles for the Michigan State Bar Journal, the Michigan Family Law Journal, newspapers, and helps every year with a chapter for the Institute of Continuing Legal Education (ICLE) on remedies for elder abuse and exploitation. He’s given hundreds of presentations to professionals and lay audiences; drafted legislation; and counseled thousands of clients.

Vauter is a member of the State Bar of Michigan and several sections of the bar, and admitted to the Eastern and Western (Federal) District Courts of Michigan. Vauter is certified as a mediator under the Michigan Court Rules (MCR 2.411) and offers mediation services, and a Notary Public. He holds a Certificate of Completion in Elderly Crime and Abuse: Prevention and Prosecution-a program jointly sponsored by the MSU School of Criminal justice and the Michigan Office of Services to the Aging.

In the past three years he’s worked with the local regional TRIAD and also the Eaton County Vulnerable Adult network. Vauter is a member of the Ingham County Bar Association, and also served as a G.A.L., or attorney, with the Eaton County Probate Court, and is a member of the Rotary Club of Grand Ledge. In his spare time he is often walking or hiking with his dog “Harry” a rescue from Ingham County Animal Control, reading or entertaining.